The neighborhood of Kew Gardens is in the centrally located in borough of Queens, New York City. Kew Gardens, geographically shaped roughly like a triangle, is bounded to the north by Union Turnpike and the Jackie Robinson Parkway (formerly the Interboro Parkway), to the east by the Van Wyck Expressway and 131st Street, to the south by Hillside Avenue, and to the west by Park Lane, Abingdon Road, and 118th Street. Forest Park and the neighborhood of Forest Hills are to the west, Flushing Meadows–Corona Park north, Richmond Hill south, Briarwood southeast, and Kew Gardens Hills east.

The neighborhood is accessible by car from Interstate 678 (Van Wyck Expressway), the Grand Central Parkway, Jackie Robinson Parkway, Queens Boulevard, and Union Turnpike. These all intersect at the Kew Gardens Interchange. 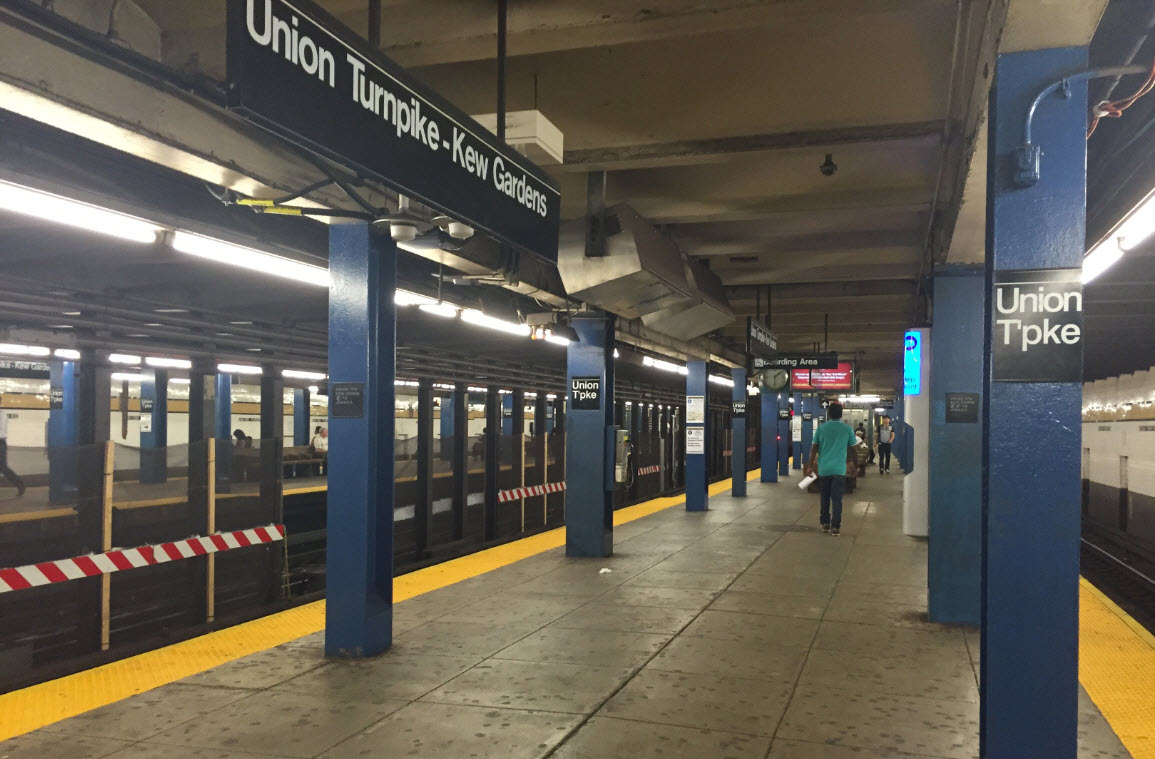